A coalition of foreign satellite companies hopes to convince the Federal Communications Commission (FCC) to free up spectrum for 5G through private sales. But, that plan would put strategic American taxpayer assets in the hands of overseas businesses and slow the deployment of 5G wireless.

The FCC is in the midst of freeing up as much spectrum as possible for the deployment and advancement of the next generation of wireless technology, conducting an auction of high-band 24GHz spectrum.

The FCC also looks to reallocate spectrum on the C-band. That band in the 4 to 8 GHz range is used primarily by satellite operators. A group called the C-Band Alliance (CBA), formed by foreign satellite operators, has pitched a plan to free up 200 megahertz of C-band via private sales to wireless companies. They would use some of the proceeds to launch satellites to replace the lost capacity from the spectrum sales.

Kennedy said the proposal made by the CBA isn’t fair or transparent, calling it “an unprecedented private reorganization and spectrum sale with little FCC oversight and public input.”

He said the CBA could, in theory, raise the prices it could charge 5G providers by limiting the supply of spectrum made available to them. Kennedy said a public auction by the FCC “would allow for the most competitive allocation of licenses to best enable 5G deployment” while also increasing transparency.

Kennedy said the stakes are too high to outsource the allocation of spectrum to foreign operators.

“Because the airwaves are a public resource, the FCC must oversee the transition of the C-Band,” he wrote. “Unlike this consortium of self-interested foreign-owned satellite companies, the FCC is best suited to make transparent and fair decisions that prioritize the public interest and maximize the public good.”

Critics also note that such a plan would be a scam against taxpayers since the spectrum was originally given to the satellite companies for free and they now are trying to monetize that bandwidth for their own profits.

Google and Charter cautioned in February that the CBA plan would result in lawsuits by the various competing interests, which could stonewall any private sales before they could occur, possibly setting back the release of that spectrum for 5G advancement for years.

“If the private sale option were to be adopted by the FCC, there’s certain to be litigation, and litigation will slow the availability of the spectrum,” Google’s senior policy counsel, Staci Pies, said during a New America panel discussion in Washington, D.C. “That goes against the number one argument that the C-Band Alliance has made as to why the private sale is the best auction.”

Colleen King, vice president of regulatory affairs for Charter, said at that discussion that an FCC auction of the C-band spectrum could be completed within 18 months, allowing 5G deployment on that spectrum within three years.

She said an auction would allow companies to decide on the free market how much they want to pay for the spectrum.

“We don’t think that backroom deals by private companies allow that,” King said.

The FCC hasn’t made a final decision on which way to go. A decision will likely occur in the spring or summer.

The commission should go with the auction proceedings. It not only promotes transparency, but also gives taxpayers more bang for their buck in assets that are worth tens of billions of dollars. It will also help facilitate a more rapid deployment of 5G, which will benefit internet consumers. 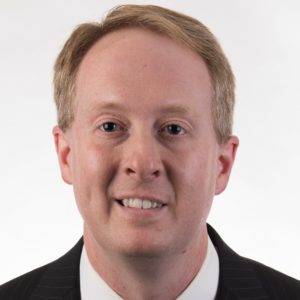 The article was originally posted on The Daily Caller.
April 2, 2019
fccopiniontechnology
SHARE